On a Wednesday, 11th February, Our Generation for Inclusive Peace (OGIP) held its inaugural event at the London School of Economics (LSE), introducing itself as a burgeoning intersectional feminist organization with big list agenda items. I had met Charlotte, one the organization’s founders at a networking event, five minutes later we were talking about the importance of gender analysis and five minutes after that she invited me to OGIP’s inaugural event. Needless to say, I quickly agreed. I made sure to browse OGIP’s website before that Wednesday, scanning its first policy paper and blog posts and confirmed that yes, this was my kind of nonprofit, although I was curious to learn more about their plans for the future.

I gathered, along with other students, members of a variety of advocacy groups and a large contingent from the Women, Peace and Security Centre at the LSE, and we were welcomed first by one of the founders of OGIP, Florence. In her opening remarks, Florence highlighted OGIP’s focus on global networks and its identity as an intersectional organization, touching on its plans for the future. She stressed OGIP’s goals of connecting the Women, Peace and Security (WPS) and Youth, Peace and Security (YPS) agendas, while widening the table and creating platforms for young feminist advocates working towards peace to make change and connect with others across the world. She also briefly talked about OGIP’s three pillars: research, advocacy and outreach. Florence’s opening set the scene for the rest of the inaugural event, which I quickly realized was to be a collaboration between OGIP and those that had gathered.

Next Katrina, Communications and Program Coordinator at the Global Network of Women Peacebuilders and Alia, a women’s rights and gender advocate from Egypt, both OGIP collaborators, spoke via video call about their experience in different contexts creating opportunities for inclusive peace. Common themes included communicating the necessity of diverse youth voices to policy makers, empowerment, reclaiming victimhood and the importance of countering the media’s portrayal of women. Both women spoke from experience, with clear examples illustrating the kind of advocacy networks and individuals OGIP hopes to connect with. Perhaps most excitingly was that each woman spoke from completely different parts of the world, solidifying OGIP as a global organization from the outset.

The floor was then opened to those in attendance and a series of questions were posed to us as OGIP wanted to gain insight from the wide range of individuals present.
The first question was related to the need to communicate diverse perspectives to policy makers, ensuring that the table is being widened, creating more opportunities for involvement. The diverse group of individuals gathered brought an incredible depth of knowledge and experience to the conversation, stressing the importance of defining diversity and the danger of homogenizing groups (such and combining women and young people). One of the points raised over and over in the room was recognizing which young people get access to what spaces. OGIP clearly hopes to break down barriers and create spaces for those who traditionally don’t have access to peace and security spaces. It’s a hard road to doing so, of course, but OGIP is committed to creating opportunities for others.

We then turned to increasing youth participation and centering youth voices at the heart of policy debates. Some of the takeaways for me included the need for mentorship and skills building to ensure individuals will succeed when opportunities present themselves, as well as doing effective outreach. One of OGIP’s pillars is outreach, but I think everyone in nonprofit and advocacy spaces knows how difficult it is to do this effectively. Clearly, the founders of OGIP know the importance of amplifying the voices of those who are traditionally underrepresented but, as those in the room pointed out, doing this productively can be challenging. I think, however, despite the challenges, the OGIP founders have a good handle on the importance of being intentional about who they invite to the table and how they do so.

We then moved on to one of their main organizational goals: how to enhance and promote the connections between the WPS and YPS agendas. What stuck out for me was the theme of demilitarization and the necessity of the feminist critique in security policy. I think those familiar with the WPS agenda recognize that the power of the agenda being a Security Council Resolution also comes at the cost of the securitization of language in the agenda itself. Moving forward, especially in regard to YPS, it seems that OGIP can be one of the proponents of the demilitarization of the agenda through feminist critique. As the advocates in the room noted, the cost of this cannot be understated and ought to be considered. Those involved will have to make tough decisions moving forward, weighing the benefits of getting in the room with important policy makers at the cost of needing to moderate positions to get through that door.

The final question was about OGIP itself, asking what an intersectional feminist organization looks like and how they can make sure that they are exemplifying this. The answers from the room were varied and poignant but two remarks stuck out to me. The first was the importance of solidarity. The acknowledgement that there are other organizations and individuals that perhaps do not have the same access to resources that are doing incredible work. Shedding light on the fact that intersectional feminism is not new, and we are all building on the work of others and hope to add value, whilst also acknowledging that we were not first. The second was empowerment. That OGIP has the potential to empower new feminists and youth advocates by creating spaces and hosting events where young people can share their own experiences. The event concluded with closing remarks from Charlotte and Florence and a reception in which we all gathered and discussed what we had just heard, this time, wine in hand.

I have now had a few days to reflect on OGIP’s inaugural event. I was inspired by the diversity of voices that came to LSE on a rainy Wednesday evening to critically discuss and reflect on difficult issues. I also want to highlight some aspects of OGIP’s organizational structure and goals. First, that they have no hierarchical structure. Charlotte and Florence both emphasized throughout the event that they see themselves in temporary positions and although I called them “founders” throughout this piece, for lack of a better word, I am not sure that they would refer to themselves the same way. They hope to create a collaborative space in which others can become involved as equals. Second, the championing of diverse content mediums on their digital platform. They recognize that the jargon of academic feminism, while important, can be extremely alienating. You don’t need to be an expert in feminist theory to be a feminist and contribute to their mission. They welcome various forms of content from artwork and poetry to films and short stories.

Finally, I want to address positionality, my own most notably. I am a white North American MSc student at the LSE. My interactions in and around OGIP have thus far been in spaces at the LSE. While I am appreciative of all that the prestigious institution does, I am also aware of the privilege I have to be associated with and have access to such spaces. Similarly, OGIP is aware of the positionality and privilege afforded to it by its ties to the university. I think us feminists who have access to such spaces and can speak the language of academia have an obligation to empower others who are also working for inclusive and positive peace using a different vernacular and working in different contexts. This is exactly where OGIP comes in. I see that OGIP has the potential to link all of these spaces and empower marginalized voices and if their inaugural event is any indicator, they are off to a great start.

Emma Wolfe
Emma is an MSc candidate in Conflict Studies at the London School of Economics and Political Science (LSE) and a 2020 Rotary Global Scholar. Her research focus is intersectional social movements in Latin America, focusing on the indigenous women’s movement in Bolivia. She has extensive experience in the nonprofit world, beginning her professional career as a Refugee Occupation Counselor at a resettlement agency in Chicago before moving to Buenos Aires and working in nonprofit technology. 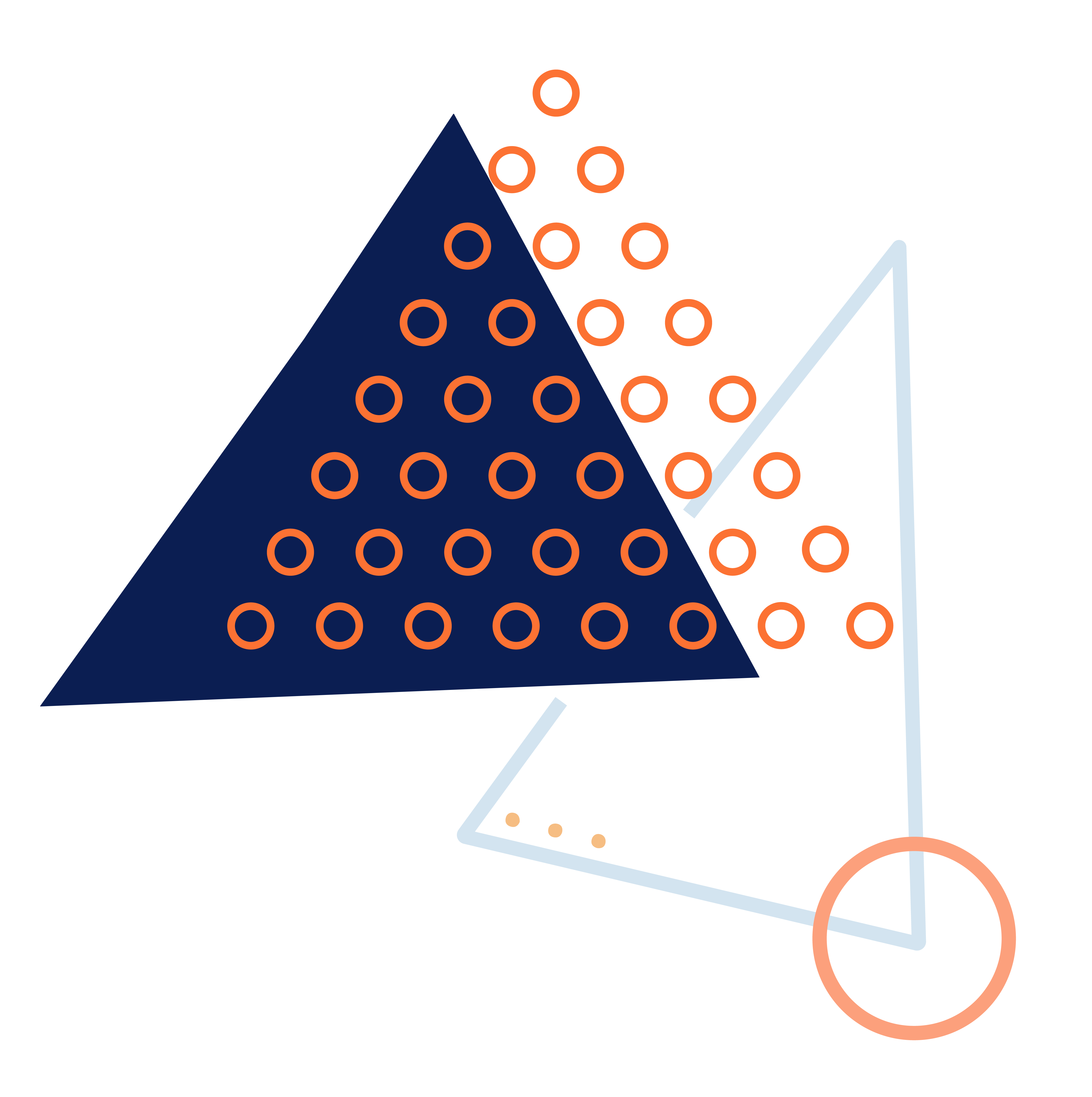