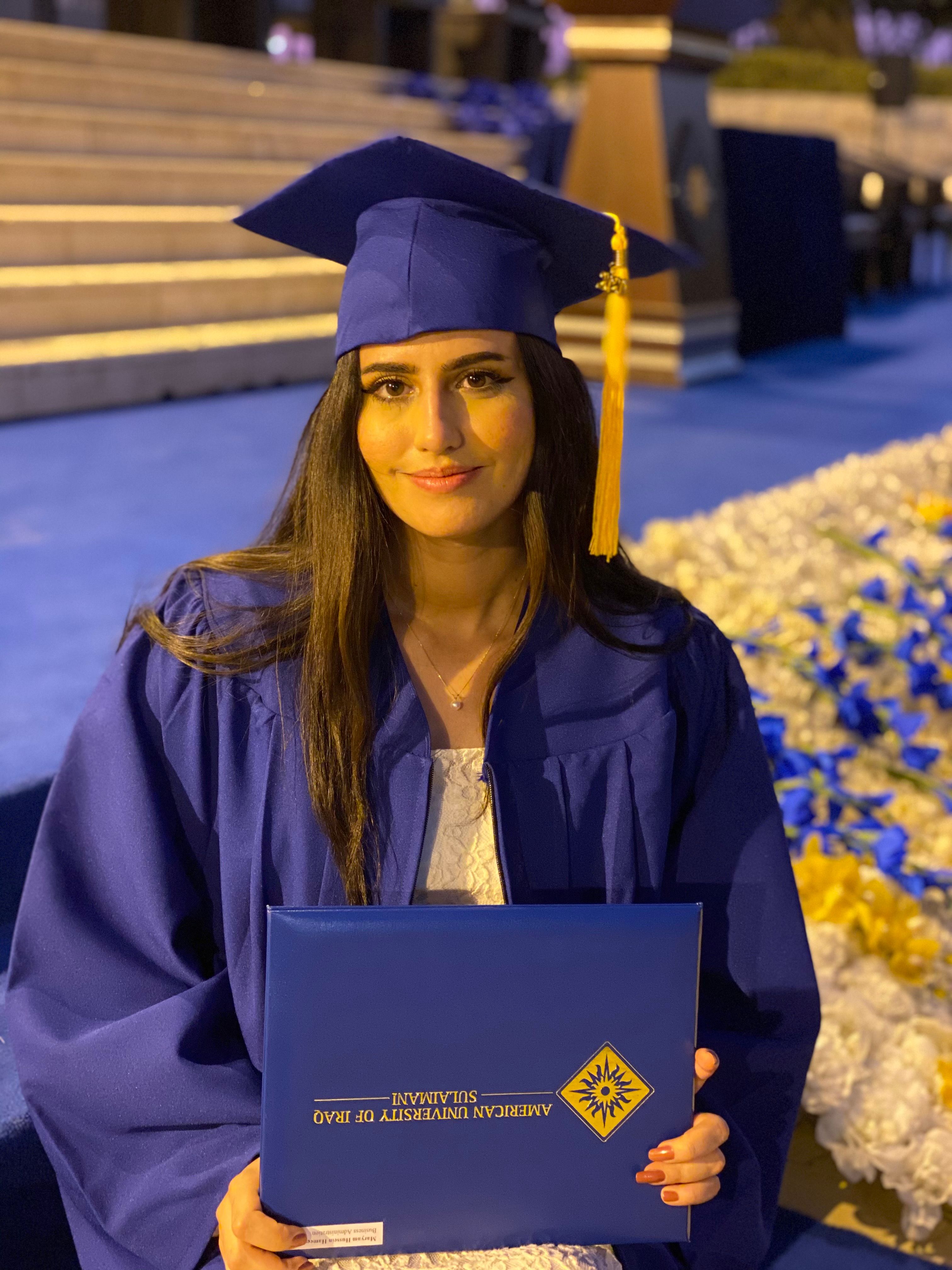 Maryam holds a bachelor degree in Business Administration and a minor in Gender Studies from the American University of Iraq Sulimani. She is also a USIP Generation Change fellow 2019 with His Holiness the Dalai Lama.

Maryam has a wide spread of experience working in research and volunteering in refugee camps. She has worked as a Research Assistant for the Center of Gender Development and Studies at the American University of Iraq Sulimani. The project aimed to improve the education system in Iraq and Maryam contributed to the reviews of primary textbooks for social injustice such as racism, sexism, or violence. She has run social media accounts for MESPO (a nongovernmental organization that is founded by young adults to build peace, democracy and globalization through education and peaceful dialogue). She has also worked as a Translator for MESPO (from English to Arabic). She is currently working as a social researcher in a women's community center for GBV cases.